It’s official. In February 2015 the World Bank declared Malawi the world’s poorest country. The economy is based on subsistence agriculture so cash rarely changes hands with the result that very little money reaches the government through taxation. A government corruption scandal in 2013 led major donors like Britain to end the provision of bilateral aid. What better country to help through charitable donations through supervised expenditure?

If it hadn’t been for RIPPLE Africa, Graham and I would never have visited Nkhata Bay District in Malawi. Why would you visit part of the poorest country in Africa with none of the ‘big five’ and an unspectacular landscape? We went because we made a donation towards the building of a girls’ dormitory at Kapanda Secondary School. 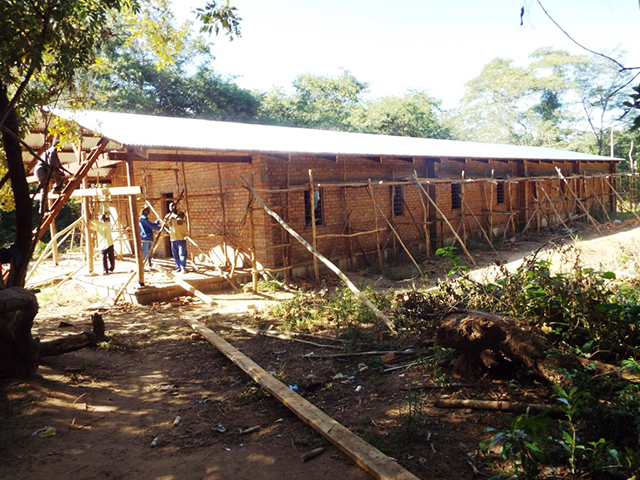 Although an acceptable proportion of girls start secondary education in Malawi, a decidedly small number complete. Teenage girls are more useful at home looking after younger siblings, cooking and generally helping the family survive. So they start missing days, fall behind in their studies and then just stop attending altogether. The provision of a dormitory will address this problem by providing a safe supervised environment where the girls can spend time studying in the years in which they sit their school certificate examinations negating the need of up to an 8km walk to and from school each day. It was very exciting visiting the construction site.

Graham got ‘well stuck in’ helping to lay bricks and put roof trusses together. I walked down the long central corridor imaging I could hear giggling happy school girls discussing career opportunities now that those dreams were a step nearer becoming reality. 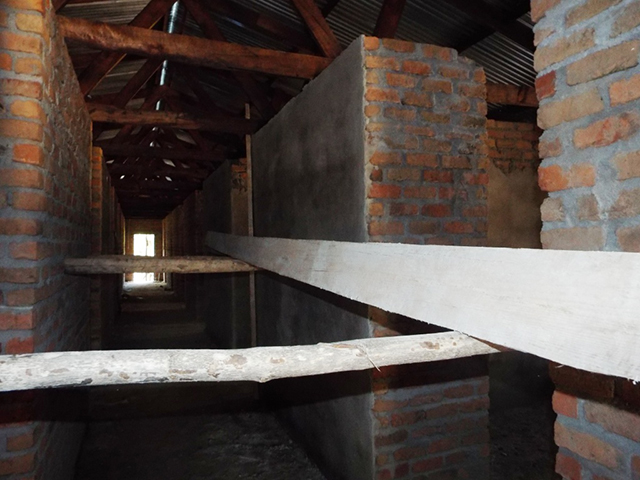 Not part of the visible construction, but laced between the bricks, was the feeling of hope. Visiting the children in their rudimentary classrooms, growing up in an increasingly overcrowded and inadequately governed country, I was struck by the fact that the girls all had dreams of being doctors, nurses, teachers and accountants. They all had hope for a better future and maybe we were helping them take a step towards those dreams by providing the dormitory.

RIPPLE Africa is also involved in fish conservation and reforestation projects all based on the underlying aim of helping the Malawians help themselves. An impressive network of local coordinators working in the villages and in the countryside demonstrate the principles of saving the local fish stocks and replanting the depleted landscape with trees to satisfy the almost insatiable need for firewood.

Here again RIPPLE Africa have pinpointed a problem and developed a cooking stove, the Changu Changu Moto, which uses appreciably less firewood than the old three-stone fire. An extra benefit is the removal of a fire hazard from the kitchen and many children being saved from dangerous burns.

We met some wonderful people in this friendly country, particularly Mr Longwe, who runs a public library at Mwaya Primary School. He has about 4,000 books in his care, all meticulously catalogued and managed with a basic handwritten lending system. I donated a copy of my novel to the library and was considerably humbled by Mr Longwe telling me that he would have to read the book himself to make sure it was suitable material to join his illustrious shelves. Should a member of the library fail to return an overdue book, then Mr Longwe will get on his bike and visit the perpetrator personally. If the borrower is a persistent offender, then the penalty of being struck off the library roll will be applied. 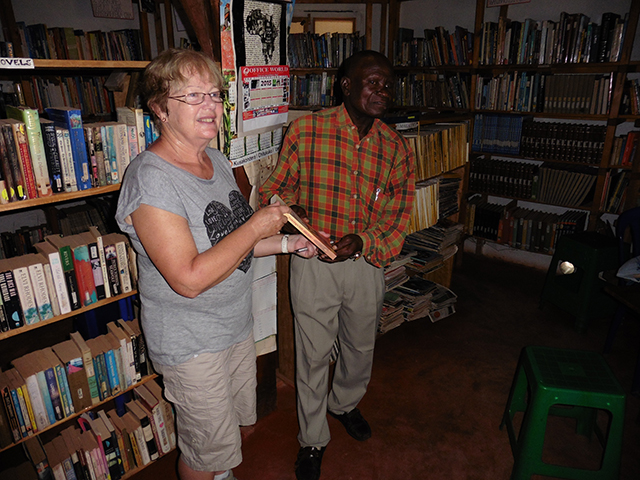